Following our Great Ocean Road trip (post to come) and prior to heading up to Uluru, we had a few days exploring Melbourne. I was completely absorbed in a book by Rob Mundle – Flinders. Mundle writes fantastic historical and nautical books, and his book about Flinders is no exception. This incredible man followed in the footsteps of Cook and Bligh and became the first man to circumnavigate and map the coastline of Australia, along with his cat – Trim.

Whilst reading the book about Flinders, and learning all about some early Australian history, I was simultaneously reading the tourist brochures about Melbourne, when I stumbled upon ‘Captain Cook’s cottage’ the oldest building in Australia – right here in Melbourne!

If you have read Mundle’s book about Cook then you would know that Captain Cook never even made it to Melbourne! So what on earth was his house doing here?

Of course I just had to find out. So Andrew and I caught trams, and pounded the streets of Melbourne and finally made it to a lovely park, just outside the centre of town – and right there was a quaint English cottage, proudly claiming to be Cook’s cottage. 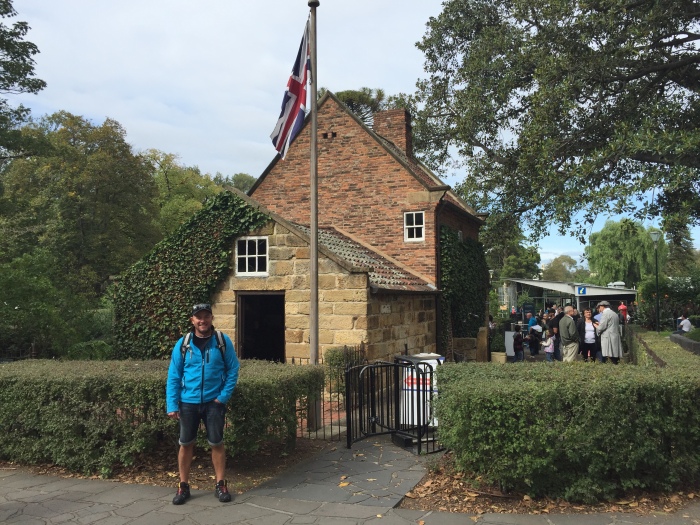 We duly paid our AUD$6.00 and went for a wander inside. The cottage actually belonged to Captain Cook’s parents, and he didn’t actually live here, as they bought it after he had gone off exploring the world, but the signs proudly claimed that Cook was bound to have spent some time here with his folks when he was back from discovering stuff (but not Melbourne) when he was cruising around the South Pacific.

Apparently back in the 1930’s there was some road widening going on in the UK and the cottage was going to be demolished. A Melbourne philanthropist bought the house and transported it all the way over to this lovely park and had it rebuilt (wonky walls & all) and now it is a cool place to go and visit.

We were slightly disappointed to find it wasn’t actually Cook’s real house, but close enough I guess. There was a great display room showing a movie about Cook and a map with little lights which displayed all the different expeditions he took around the world. A fascinating man, and I can highly recommend both of Mundle’s books about both Cook and Flinders – incredible navigators.

We had bought our Myki Melbourne travel cards which gave us the ability to use the brilliant tram system all over the town. These cards can be purchased for about AUD$6.00 per adult and AUD$3.00 per child, and then topped up with credit to get you all over the place. The trams are actually free throughout the city centre itself and you only start paying as you travel further afield. 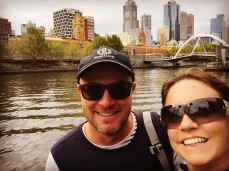 The kids had to go back to school, so we put them on a plane back to their other parents in Christchurch and Andrew & I stayed on for more exploring.

We used our Myki cards to head out to St Kilda to have lunch at a Chinese restaurant we had been recommended, but it was closed. So instead we wandered over the road to the Royal Melbourne Yacht Squadron and had a poke around this flash club. Membership fees are about AUD$1000 a year, and they cater mainly to keelboats. The building had a commanding view out over the harbour and the moorings and marina nearby. Nothing was open, but the office staff welcomed us to have a look around, including their amazing library, photos and trophy cabinet. This club dates back to the 1800’s and is brimming with history. Unfortunately they said there was no sailing on that day, but if we came back any other time we would be more than welcome to head out, and they would definitely find a boat for us to sail on. I love sailors! 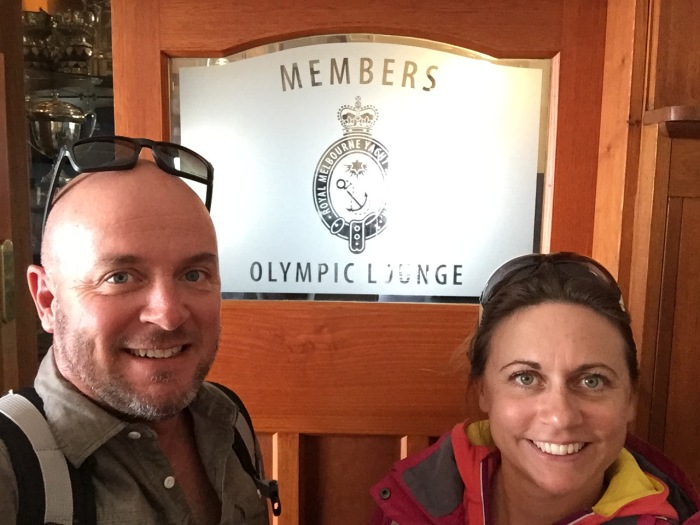 We poked around Melbourne’s fantastic shops, but the autumn/winter clothes were either super expensive, or completely boring, so our credit cards were spared a complete thrashing.

Instead we headed out to Hellenic Republic for dinner. I don’t watch much TV, but apparently this restaurant is owned by one of the hosts of the Australian Masterchef TV programme – the short guy…? My boss Greg had recommended it, so we whipped out the Myki cards, jumped on a tram, and headed down to Lygon St, to see what this place was all about.

Wow! If you are in Melbourne, you must eat there! It was a brilliant meal. A Greek theme, with such fresh flavours, presented so well and tasted amazing. Hard to describe – but we can highly recommend it. We both ate way too much and wished we hadn’t had lunch. The pork belly and side of lamb were absolutely incredible.

We came home on the tram via Flinders St Station, and back to our hotel on Flinders Lane. Apparently there are over 100 places in Australia that bear Flinders name. The history in book I was reading came to life. What a different place Melbourne would have been in 1800 when he was exploring the coast of Terra Australis or New Holland as it was known back then, with his intrepid cat Trim alongside. 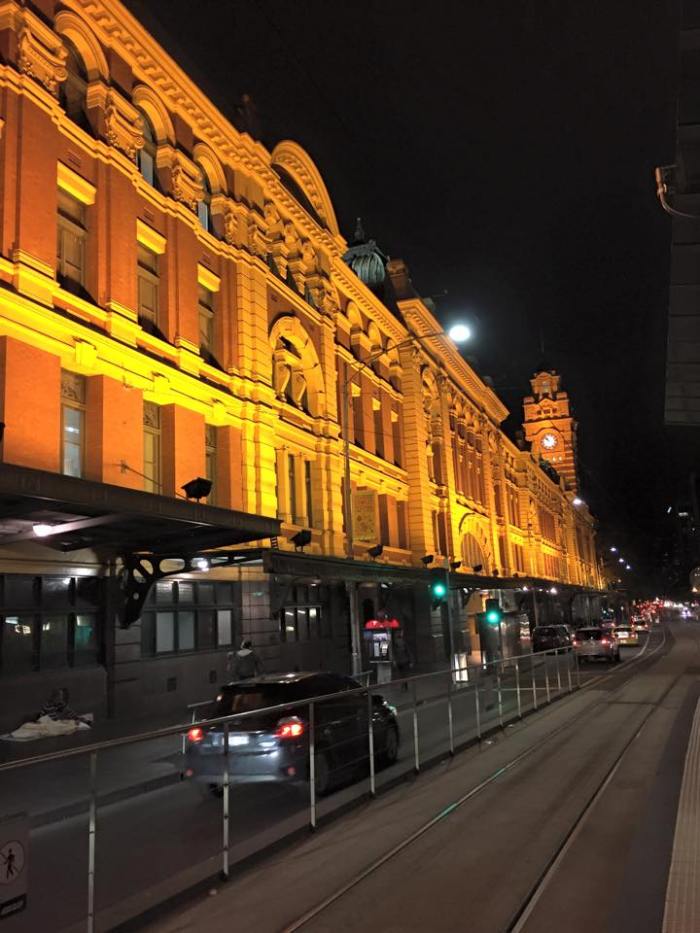 The following day we caught the Skybus from the central city out to the airport to head to Uluru. One of the really dumb things about Melbourne is that the tram line finishes a few kilometres short of the airport. So instead of being able to easily catch public transport to the airport, you instead have to pay to use the airport owned Skybus service – which costs AUD$19.00 per person one way. Yes it is an express service on a motorway and it takes a fraction of the time that it would to catch the tram which stops at every lamppost, and it is much cheaper than catching a taxi (which had cost us a whopping AUD$120.00 for a minivan to cart us and the kids out the day before and that wasn’t even from the city centre!) but it still seems a bit crazy (corrupt perhaps?) to me that the tram line should literally finish so close but yet way too far for someone wheeling a suitcase… hmmm…

Anyway, we’d had a great time in Melbourne, but now we were keen for the next adventure!

For your own personalised tour of Melbourne check out this article on the GPS My City App.