One of the other things I need to learn about for my Ocean Yachtmaster exam is Meteorology.

Sailors are obsessed by the weather. The conditions directly relate to whether we are going to have a good day or a bad day. You can find us checking the forecasts over and over, checking websites, apps, listening to weather reports on the radio until we find one that is telling us what we want to hear. We then set out on a voyage based on that information only to find that the conditions are completely different to what we expected…

So I wanted to learn a bit more about the weather and how it all works, and I’d heard that the Canterbury Aero Club offers a great Meteorology Course for pilots. So I mustered up some friends via the Little Ship Club of Canterbury  and set us up an exclusive session for sailors, and last night we learned about the atmosphere.

If you are interested – please read on. It is pretty heavy going, so I won’t be offended if you don’t! (I make these blog posts as my study notes as I have trouble reading my handwriting when it comes to revising!)

Earth’s atmosphere is a mixture of gases, solid particles (dust and ash) and liquid particles. These particles play a major role in the formation of clouds. The atmosphere is divided up in to layers. The layer closest to the earth is called the Troposphere. This contains almost all the moisture and it where most of the significant weather occurs. 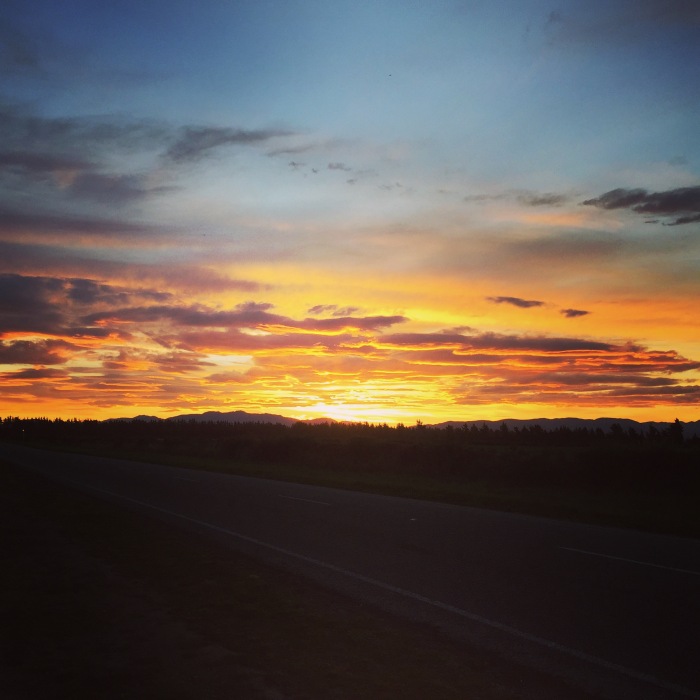 The Troposphere is defined as an area where there is a reduction in heat of about 2ºC with every 1000ft gain in altitude. Where the temperature reduction stops (and the temperature remains constant as you increase altitude) this is called the Tropopause. 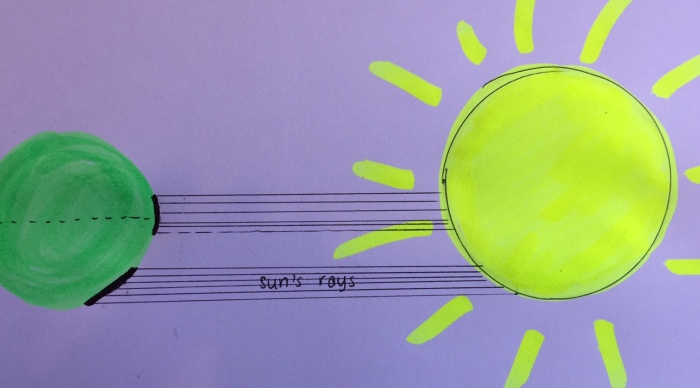 Albedo is a measure of an object’s reflectivity. For example snow has 80%-95% Albedo – meaning that a high % of the suns rays are reflected away again. However asphalt has 5%-10% meaning that most of the sun’s energy is absorbed and only a little amount is reflected away.

Diurnal Variation is the difference between the maximum and minimum temperature during the day. On calm days with little wind, the land can cool quickly leaving the air above warm as it isn’t being mixed by the wind. This can create an inversion layer of warm air above and cooler are below. This can cause a low layer of cloud or fog.

Atmospheric pressure is a measure of force exerted by the weight of the column of air above. It can be measured in hectopascals (hPa) by a barometer. Air naturally wants to travel from areas of high pressure to areas of low pressure (just like when you blow up a balloon and then let the end go).

Uneven heat distribution throughout the Earth’s surface creates uneven air densities and surface air pressure. These differences in pressure over a horizontal distance creates wind. The wind speed is determined by the difference in pressures and the distance between the pressure systems.

Isobars are lines that join areas of equal barometric pressure as you can see in the map above. The closer the isobars are, the greater the pressure gradient, and the stronger the winds.

Fronts are the boundary of a moving air mass. Pressure systems move the air masses around the world. Cold fronts involve cold air forcing in and under the warm air. This causes the air to rise and condense in to towering cumulus clouds.

The severity of the front depends on the following conditions:

The cold air acts like a wedge forcing the warm air upwards. They move quickly 20-30kts.

Cold Fronts can be detected by a dropping air pressure, veering and increasing wind speed, high cirrus cloud. On the arrival the barometer false the temperature drops, the wind backs and can become squally and towering cumulus clouds create showers and poor visibility.

Once the front has passed, the barometer rises, the temperature remains cold, the wind remains steady but can decrease in strength. Clouds will clear with just isolated showers.

Warm fronts involve warm air overtaking colder air. The warm air still rises over the cold air creating a layer of stable stratiform clouds. As the weather is usually stable and the gradient is gradual, the weather can last for a longer time than a cold front. They move slowly 10-15kts.

Before the front you can see cirrus clouds. The pressure will decrease. The temperature remains the same and the wind might veer. There will be light rain turning to persistent heavy rain with deteriorating visibility.

At the front the pressure falls, the temperature increases, wind backs, and layers of stratiform clouds. Rain will stop and become drizzly with poor visibility.

After the front the pressure remains steady and rises slightly. There is little change in temperature and the wind remains steady in direction and speed. Persistent low level cloud, occasional rain & drizzle and fair visibility.

A stationary front is when one front is moving in the opposite direction to another front. They are weak and often a result of a decaying frontal system. There is not a great deal of wind, cloud or weather associated with them. If there are clouds being pushed up it can mean light rain, but as the front isn’t moving it can last for a long time.

In the Southern Hemisphere, the wind moves clockwise around a depression, or a low pressure system. As the air is drawn in to the area of low pressure, it rises and forms clouds. Lows are generally associated with strong winds and rain. An extension of a Low is called a trough.

Winds rotate anti-clockwise around an anti-cyclone or High pressure system. A high is generally associated with fine weather and light winds. Cooler air from above is warmed as it is drawn down in to the high. An extension of a high is called a ridge.

Winds rotate in the opposite direction around lows and highs in the Northern Hemisphere.

Over the equator, there is a permanent area of low pressure. The sun warms the earth and ocean creating warm moist air that rises and disperses outwards.

As the air rises, it cools and it is then drawn back downwards in to an area of high pressure.

There is a permanent area of high pressure above the poles. The cool dry air is drawn outwards from the Poles in to areas of low pressure.

Over large hot continents, the heating of the land creates a semi-permanent low pressure area. Any large land mass will generally have low pressure over it, creating steady winds over coastal areas. These lows are non-frontal.

This constant mixing of cool dry and warm moist air is what creates the weather. New Zealand is located in between these areas of high and low pressure systems moving across the country.

So there you have it! My notes from lesson 1. Let me know if you have any experiences with weather forecasts, or the atmosphere that you can share with me. I love getting your comments and it really helps with my learning.

Check out the next lesson where we learn all about atmospheric moisture and how clouds are formed.

14 thoughts on “Meteorology – All about the Atmosphere”